ABOUT MYSELF
I am an entrepreneur with a 5-year experience in the field of tech-based industrial startups with a good knowledge of the industries of shipping, fuel efficiency technologies, renewable energies and hydrogen technologies. I’m a passionate of day-to-day problem solving which challenges my intuition, logic and analytical mindset, to reach professional goals aligned with positive impacts on our society.
My background education has given me the required knowledge and tools to lead, manage and coordinate the development of revolutionizing technologies and products. My entrepreneurship experience has enabled me to transform those technologies into real world-impacting businesses.

At a second stage, the company will use this technology as the key part of our patented (EU, USA, China, Japan) hydrogen production system based on wind-power and electrolysis. More information is available at vimeo.com/113636390.
As co-founder of the company, my tasks and responsibilities extend to several fields such as business plan development, company strategy definition, marketing and sales and fund raising.

As CEO, my role is to lead the daily operation of the company, being responsible for the development, design, operation, and improvement of the wingsail system that bound4blue delivers. This role includes a wide range of tasks from purely designing and implementing business strategies and plans that ensure alignment with short-term and long- term objectives developed to communicating operational strategies to employees, building employee alignment with company goals, overseeing human resource development or managing relationships with key customers, partners and stakeholders.
marvelmat, Barcelona, Spain (March 2015 – Current) – Shareholder and Board Member
The company (www.marvelmat.com) manufactures and commercializes a customizable disposable bathmat to increase safety and comfort during shower time.
I am business and strategy advisor for the company.

I was part of the initial team and, as Project Manager, my tasks included:
Project Management – Project requirements and objectives definition. Management of the technology development roadmap.
Engineering – Development and test of near-space vehicle, being the larger one 2m wide and capable of lifting 500kg to 40km altitude in a controlled environment-
Campaign coordination – Prepare and coordinate the launch and flight campaigns.
Launch/Recovery – Perform high-altitude balloon flights of up to 35.000 m3 and 600kg.
As member of the initial team and as Business Developer of the company, my responsibilities extended to other fields:
Business development – Elaborate, submit and negotiate collaboration proposals with several suppliers. I worked on an EU-FP7 project and a Horizon2020 SME Instrument.
Sales – Getting scientific, and PR & Sponsorship customers including research centers from Singapore, the European Space Agency, Airbus, Vodafone and Audi between others.
Fund raising – Develop a complete business plan. Prepare proposals for private and public investors. Pitch the project to and negotiate with these investors. +2M€ were raised.

ADDITIONAL INFORMATION
Personal awards:
• Awarded as FPdGi – Princess of Girona Business Award 2018.
• Awarded as one of Europe’s TOP 50 Entrepreneurs (2017), a prize organized by Knowledge 4 Innovation, presenting bound4blue’s solution in the Hemicycle of the European Parliament.
Corporate awards:
• Won the most recognized startup competition of Spain, organized by CaixaBank (third-largest banking group in Spain), being awarded with the Emprendedor XXI Award (2018).
• Won the label as a Solar Impulse Foundation Efficient Solution and having received the endorsement of the World Alliance for Efficient Solutions based on the assessment made by independent experts for its technological feasibility, environmental and socio-economic benefits, and potential or realized profitability (2018).
• Award winner in the category of Most Promising Start-up for our outstanding performance and concept during the pitch time event at the Climate Show in Geneve, Switzerland (2018).
• Awarded for our contribution towards the achievement of the Sustainable Development Goal 14 in the First Edition of the go!ODS award organized by Pacto Mundial and Fundación Rafael del Pino, Madrid, Spain (2018).
• Selected as one of Hello Tomorrow’s Top 500 deeptech startups and named one of the 6 aeronautics track finalists from 4,500 applications (2018).
• Won the Barcelona Port Challenge (2017). 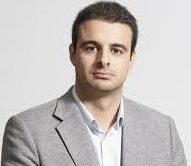