Diakhoumba is an anti-FGM feminist human rights defender, a survivor of this violation herself, who has actively engaged in spaces like the Council of Senegalese Women, the African Feminist Forum, AWID, FEMNET and the Research and Support Center for Development Alternatives in the Indian Ocean. Current Regional Activism and Youth Coordinator for Africa at Amnesty International, she is the outgoing Vicepresident of the Reseau National des Jeunes Femmes Leaders du Senegal and has more than 15 years of experience working for intergovernmental organizations in Africa, Europe, New York and Asia and the Pacific including the UN International Criminal Tribunal for Rwanda, the African Union Commission, UNIFEM/UNWomen and UNDP. She has been following closely and participating in inter-governmental processes around sexual and reproductive heath and rights (SRHR), human rights, gender equality, inclusive democratic governance and sustainable development (such as ICPD+, Beijing+, Rio+20, MDGs, post 2015, SDGs).

As of March 2021, he left Amnesty International to work for the Hewlett Foundation as a Program Officer, Gender, Transparency, Participation and Accountability in Africa and Mexico

From 2014 to December 2017, she has worked as an independent national and international Legal Advisor with governments, civil society organizations and UN Agencies on increasing women’s political participation, their access to justice and realization of human rights (including SRHR) through legal reform in Africa, the Asia-Pacific and Arab States regions. She also supported key national stakeholders in monitoring and evaluating the regional and national implementation of progressive human rights standards as enshrined in the Convention on the Elimination of all forms of Discrimination Against Women, the ICPD, Beijing, ACHPR, ACRC, ICCPR, ICESCR, and other relevant international treaties.

From 2010 to 2013, Diakhoumba worked for UNDP, first in New York as the Special Assistant to the Gender Team Director and then in Bangkok as Regional Gender and Women’s Empowerment Specialist at the Asia-Pacific Regional Service Center, where she engaged extensively with delegations and missions, and was involved in policy development, country advisory services and efforts to mainstream human rights and gender equality issues in the post 2015 development agenda.

Prior to her work at UNDP, Diakhoumba managed the Secretariat of the African-Spanish Women’s Network for a Better World on behalf of UNIFEM/UN Women and contributed to the building/strengthening of African and Spanish thematic, national, sub-regional and regional women’s human rights networks from 2008 to 2010. In this capacity, she participated in, organized and/or led several leadership training sessions and multi-stakeholders consultations on gender, women’s rights, movement building and development issues at the global level and across Africa and Spain. She also ensured the participation of African and Spanish women’s organizations and activists in all the main intergovernmental processes (including the Commission on the Status of Women, the CEDAW, HRC, UPR and the Commission on Population and Development).

From 2006 to 2008, Diakhoumba held several positions at the African Union (AU) Commission in Addis Ababa, including Ag. Head of the Women’s Rights Division in the Office of the President, Women, Gender and Development Directorate and Sexual and Reproductive Health and Rights Expert at the AU Commission for Social Affairs. She focused on mainstreaming human rights and gender equality standards in the policies and interventions of all the Sectorial Commissions and Organs of the AU , including the African Commission and Court on Human and Peoples’ Rights, the Panafrican Parliament, the RECs, the Peace and Security Council, the APRM….

Diakhoumba also participated in all the relevant sectorial ministerial high level negotiation processes and in four AU Summits which adopted the most important SRHR, peace and security and human rights (including women’s rights) AU plans of action, policies and roadmaps.

Diakhoumba started her professional career in 2005 at the International Criminal Tribunal for Rwanda in Arusha where she worked in the Office of the Prosecutor as Legal Researcher and Associate Legal Officer on the «rape trials» known as Butare and the Priests.

Diakhoumba holds an LLM in International and Human Rights Law from the University of the Western Cape in Cape Town, South Africa and a LLB (Maitrise) in International and European Law from the University of Aix-Marseille III in Aix-en-Provence, France. A passionate panafropolitan feminist, war resister and defender of all human rights of all people, she is fluent in French, English and Spanish. She is a national of Senegal, fervent believer in radical self love and holistic mental healthcare who loves the planet, children, dancing and laughing. 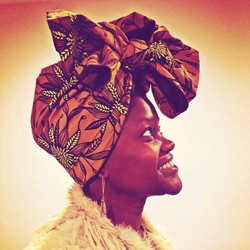